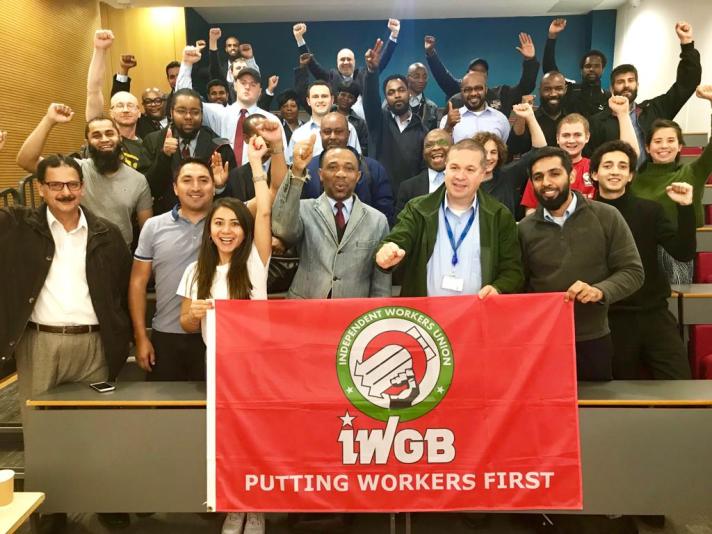 UCL: WILL THEY, WON’T THEY?

Since the 7th of October rumours have been circulating that UCL will improve terms and conditions for outsourced workers, although UCL has not yet communicated anything concrete to the workers themselves. It is no coincidence the 7th of October was also the deadline date the IWGB gave to UCL to commit to ending outsourcing or face an IWGB campaign.

On Tuesday afternoon this week, there was a meeting of the UCL Council where the issue of outsourcing was discussed.  Supporters of the IWGB campaign to end outsourcing asked UCL Chief Operating Officer Fiona Ryland who attended the UCL Council meeting, what their decision was. Fiona Ryland told supporters that there will soon be a public announcement from UCL regarding improvements in terms and conditions for outsourced workers at UCL.

This is the result of the powerful campaign by the outsourced security officers, cleaners and porters at UCL in the IWGB union. It is their threat of strike action that has ended UCL’s years of silence on this issue. Finally, outsourced workers at UCL are no longer invisible!

It is not clear what improvements UCL is considering. Half measures will not suffice and until UCL commit to equality for security officers, cleaners and porters the campaign will march forward.  Outsourced workers demand full equality which can only be delivered by an END to OUTSOURCING.

We hope that UCL will take the right path and commit to bringing workers in-house. However, we must state our regret at UCL’s approach to this dispute so far. Since September when our members initiated the dispute, UCL has not once opened up discussions with the workers themselves and they have so far refused to negotiate with the IWGB union, which represents the vast majority of the security staff and hundreds of cleaners and porters at UCL.

However, we extend an invitation to UCL, there is another way forward: Commit to end outsourcing and to sit down and negotiate with the outsourced workers and their representatives.  Until then, the fight continues!

TO ALL OF OUR MEMBERS:

It is not clear what UCL will offer to members or if they will do it at all. It might be a rubbish offer, or it might be something quite substantial. If an offer is made by UCL regarding improvements in terms and conditions for members, the IWGB will call an urgent meeting of all members to discuss the offer and decide democratically on whether to accept it, or to fight for a better offer: mainly to end outsourcing. This decision will be up to you.