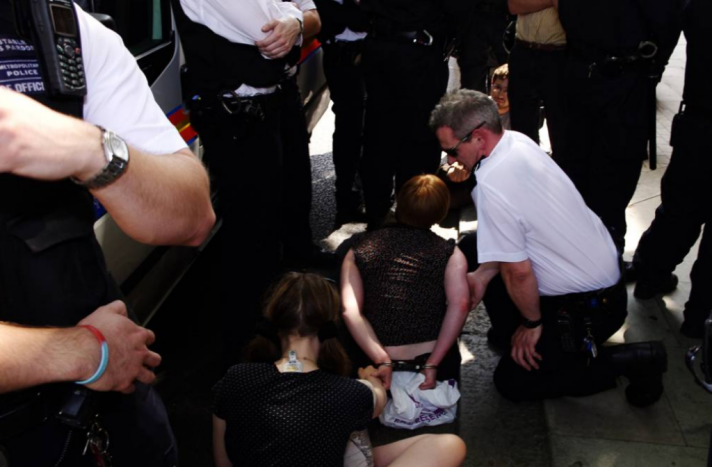 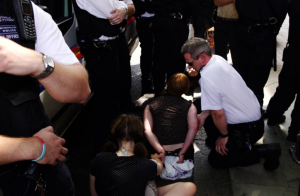 A student protester arrested for chalking on University of London (UoL) property has been cleared of assaulting two police officers but found guilty of criminal damage.

Ms K Duff, 25, was found not guilty of assaulting special sergeant Liam Souter by kneeing him in the cheek as he and another officer attempted to handcuff her on 16 July last year inside the University of London Union (ULU). She was also cleared of assaulting police constable Paula O’Grady by kicking her in the leg as officers tried to lift her into a police van on Malet St.

However, Duff was convicted of criminal damage by judge Nina Tempia for writing “sick pay, holidays, pensions now” and “support the cleaners struggle” in chalk on UoL’s foundation stone as part of the 3Cosas campaign which supports outsourced university workers.

Read the full story in the London Student.

One thought on “Chalking trial: student cleared of police assaults but found guilty of criminal damage”