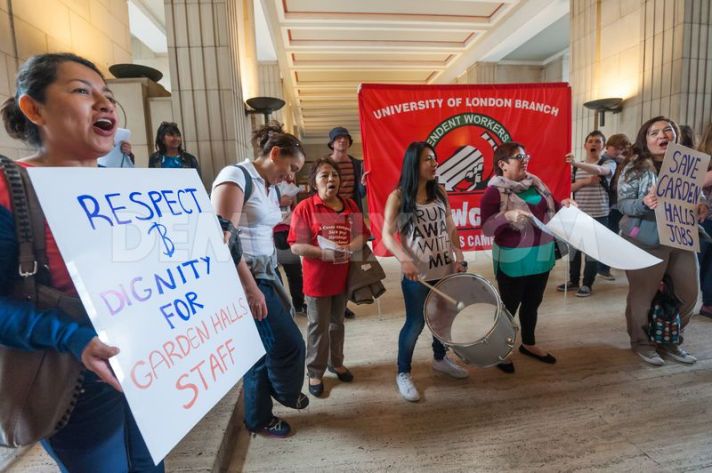 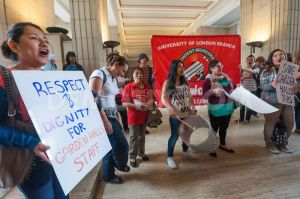 Around 30 protesters gathered at lunchtime outside the main entrance at the base of Senate House, making a considerable amount of noise with a few drums and whistles, handing out leaflets to those going in and out and displaying banners. After around 40 minutes they were joined by the President of the IWGB, Alberto Durango, and after a further few minutes of protest there he led them out to walk around the building.

The doors on the south side of Senate House in Montague Place were quickly closed as the protesters approached, but around the corner in Russell Square, the doors to Stewart House, part of the university estate connecting with Senate House were open, and around half of the protesters walked in.

They wandered around the corridors and stairways of Stewart House for a few minutes, still banging drums and carrying banners and making their presence felt before leaving by a side entrance into the Senate House car park.

There, as usual, their noisy protest ended with the a clear message to the University of London, ‘We’ll be back!’ Yesterday the IWGB served notice of ballots for industrial action to both Cofely and Aramark over the redundancies at the Garden Halls. Voting will begin in one week.