Staff ballot soon – have your say! 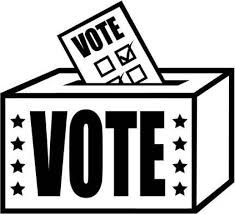 In the end, the three representatives from Unison and UCU used their majority to vote through a proposal about information and consultation of staff which the IWGB reps rejected as it does not increase representation for ALL employees one bit!

All of our suggestions were accepted, except the key point: that everyone should be allowed to participate in the new ICE forum on an equal basis. The University and the other three representatives have decided that Unison and UCU alone will represent all staff. No other representatives will be allowed into the forum, even as observers.

This final proposal was actually written by University management, not by staff representatives. It’s fairly obvious that a proposal written by the employer doesn’t represent the best deal for staff! Unsurprisingly, it’s pretty much exactly the same as the old consultation arrangements, with some window dressing. The range of voices the University will hear isn’t being expanded at all.

In these negotiations we did everything we could to compromise in order to get a forum that would increase staff participation in a meaningful way. We put forward two different proposals which didn’t exclude anyone, thus extending information and consultation without undermining Unison and UCU’s current position as recognised unions.

However, there is hope! Because the negotiating representatives didn’t agree unanimously, the University’s proposal still has to be ratified by you! It will therefore be put to a ballot in the coming weeks. If you reject it, the University and the staff negotiating representatives will have to get back around the table and negotiate a deal that is fairer to everyone.

You have the power to help us make this change! We’ll be campaigning over the next few weeks, and we will be hoping for your support. We do believe a negotiated solution is possible if you give us a mandate to keep pushing.