What the papers say about lecturers’ strike action over pension changes — February 25, 2018

What the papers say about lecturers’ strike action over pension changes 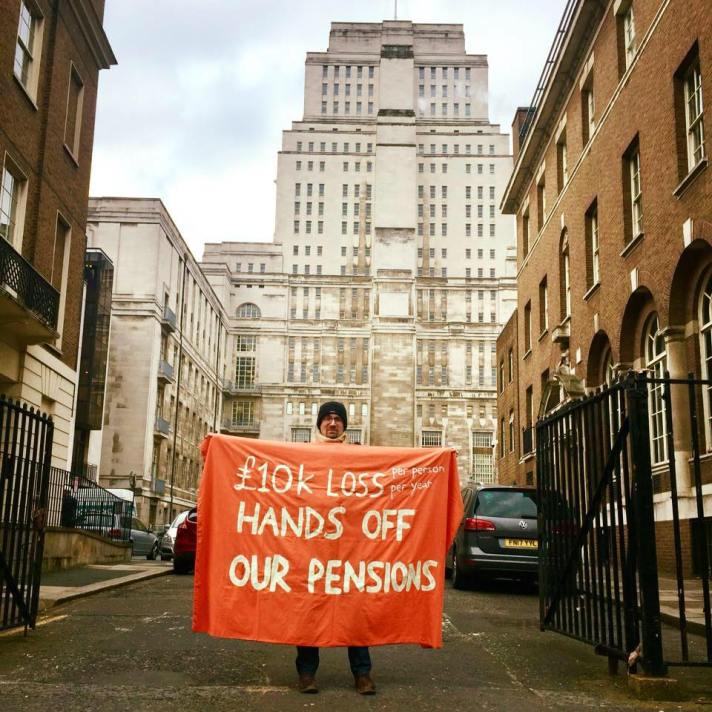 Tens of thousands of lecturers and other staff braved freezing temperatures to take part in the first day of protests against changes to their pensions. And, to show solidarity, many IWGB members turned out to support the picket line at Senate House.

They stood alongside the students who were supporting their teachers while journalists captured, in images and words, the biggest industrial action even seen in UK universities. Stories featured in many local, national and international media outlets – too numerous to list.

Here are some from The Guardian: University lecturers begin strike action over pensions; The Guardian view on the lecturers’ strike: a deficit in thinking; The solution to university pensions? Better fund managers; ‘The whole university system is broken’: your best comments today; I’m striking with university colleagues as our pensions are being destroyed. Most of the Guardian’s coverage of the strike can be found on its Higher Education page.

Meanwhile, the Observer has a very interesting article on vice-chancellors pay entitled ‘Revealed: British university vice-chancellors’ five-star expenses‘. It highlights a Channel 4 Dispatches programme that has ‘unearthed evidence that, at a time when lecturers are taking industrial action over potential cuts to their pensions, those charged with running many of the country’s universities are enjoying first-class air travel, five-star hotels and fine dining.’

Among the BBC coverage was an article revealing that the chief executive of the lecturers’ pension scheme at the centre of the strike ‘received a 17 per cent pay rise worth an extra £82,000 this year’ and that more than 100 of its own staff were paid in excess of £100,000. You can read the full story here. Other BBC stories include: University lecturers begin strike in pension dispute; Emotions run high on university pickets; University strike: What’s it all about?; Lecturers on strike at Queen’s and Ulster universities;

The dispute also made the pages of the Times Higher Education (THE); Financial Times (Union claims success at start of strike by UK university lecturers; New Statesman (What the university staff strike reveals about our broken higher education system); The Mirror; the Independent; and the Socialist Worker among others.