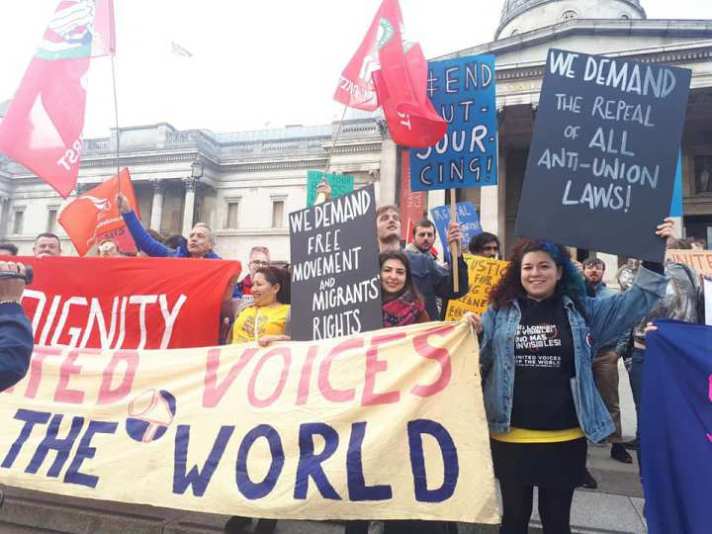 The Independent Workers’ Union of Great Britain (IWGB) is backing the call supported by a growing number of trade union branches and organisations for repeal of all anti-trade union laws and their replacement with positive legal rights for workers and unions to organise and take industrial action.

In a recent statement, initiated by the Lambeth local government branch of Unison, welcomes the policies to this effect passed at last September’s Labour Party conference and seeks to ensure they are carried out.

As Labour’s policy says, “for unions to be effective workers needs an effective right to strike”. This requires the anti-union laws, from the 2016 Trade Union Act back to Margaret Thatcher’s first Employment Act in 1980, to be scrapped. In their place we need strong legal rights to organise, strike, win reinstatement, and establish recognition and collective bargaining. As far as possible the law should aid workers’ self-organisation, not hinder it.

We call on other labour movement organisations, from branches up to national unions, to also add their names to the statement, and look forward to taking part in coordinated campaigning on this.

WE NEED THE RIGHT TO ORGANISE AND STRIKE – FREE OUR UNIONS

We need abolition of the anti-trade union laws, which hamstring workers organising and taking action, and their replacement with strong legal workers’ rights. Otherwise we are fighting the challenges of low pay, insecurity and lack of rights with our hands tied behind our backs.

We applaud the 2017 Labour Party conference’s unanimous call for repeal of not just the 2016 Trade Union Act, but also the “anti-union laws introduced in the 1980s and 90s” by the Tories and maintained after 1997; and for a “strong legal charter of workers’ rights”. “For unions to be effective workers need an effective right to strike”. This builds on the unanimous 2015 decision that the next Labour government should “legislate for strong rights to unionise, win recognition and collective bargaining, strike, picket and take solidarity action”.

We will campaign for: