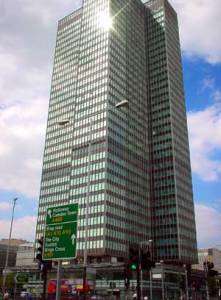 Today’s informal hearing at the CAC lasted less than two hours as the University refused to budge from its position.

Mindful of the fact that (according to Kim Frost) ‘our established Trade Unions won’t share a table with IWGB’ and that ‘if the IWGB were involved in negotiating with us in any formal sense, it would wreck our relationship with the established Trade Unions’, UoL clearly feels it has no choice but to risk a penalty notice of up to £75,000 at the EAT, which would be the result of a decision in IWGB’s favour at the formal CAC hearing.

The hearing is likely to take place in July, and as it is open to the public all employees would be welcome to attend – details of how to do that will be published as soon as we have them.

Put on the spot by the Panel Chair, Professor Lynette Harris, the University’s Director of HR had little to say about why the University had made no efforts to consult with non-UNISON/UCU members about how to conduct the ballot to elect negotiating representatives. He did, however, give this interesting piece of information: that despite a formal complaint having been lodged about the way UoL conducted that ballot, they have continued to work with the reps who were ‘appointed’ by that process and are ‘close to a conclusion’ about how the ICE forum will work! So watch the UoL intranet for a post about what great things they have in store for the future … or at least that portion of the future between now and when the CAC orders UoL to go back to the drawing board and start again!

IWGB President Jason Moyer-Lee, who attended the hearing with UoL Branch Secretary Catherine Morrissey, said, “Despite the University’s recalcitrance, I feel more confident than ever that we have a strong case. I’m also very pleased to confirm that a barrister has agreed to take the case pro-bono for the IWGB”.

We look forward to meeting Kim and Migy again in July!