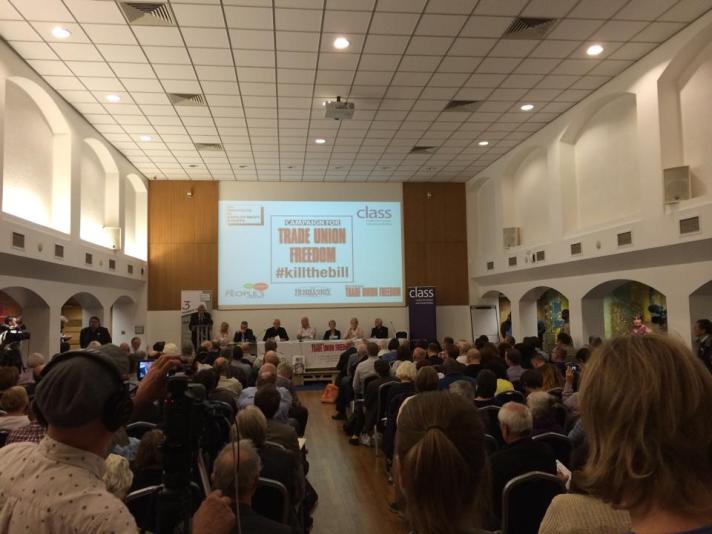 Right to strike – what is planned, why it’s important, and what we can do about it

We know how to have a good time in the IWGB – there have been two meetings this week concerned with the planned Tory trade union legislation, and we were at both of them.

One was a meeting of neighbourhood unions to discuss what we might do at a local level to combat this legislation. Everyone agreed that since the government are planning to push this through before the end of the year, active opposition to it has to start urgently. There was a lot of discussion about overall strategy, but the key point for now is that they’re going to do targeted protests outside MPs’ constituency offices.

It was decided that the first one should be at 12.00 on 8th August (that’s this Saturday) at Iain Duncan Smith’s office, which is in Chingford.  (64A Station Road, Chingford, London, E4 7BE.) The IWGB will be there – so please come along if you can! If you are free email uol@iwgb.org.uk and we can arrange to meet up.

The second was a national meeting (full report here) featuring speeches from Len McCluskey, Mark Serwotka and Dave Prentis among others. Fearing that it might never end, we decided to keep our mouth shut…

But, you might be asking, what is all the fuss about?

There’s a lot in the new bill, but the crucial changes are:

It’s already unbelievably hard to strike effectively in the UK. There is no problem in terms of the number of days lost to strikes. No-one goes on strike except as a last resort, as no-one wants to lose pay.

Yet these changes aim to make it harder still – with the simple aim of making it harder for ordinary workers to win decent pay rises, or to stop redundancies, or to protest unfair dismissals or discrimination.

All of us will suffer if we don’t stop this bill – so please help us fight it!