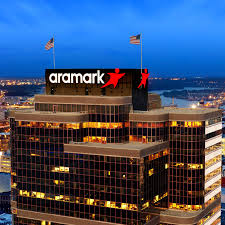 UPDATE: If you would like to help Aramark staff facing redundancy this Christmas, please write a letter of objection to University Pro-Vice Chancellor of Operations Chris Cobb (Chris.Cobb@london.ac.uk)and Vivienne Shinner of Aramark (Shinner-Vivienne@aramark.co.uk) and sign our petition on the 38 Degrees website – https://you.38degrees.org.uk/p/stop-aramark-redundancies-UoL.

I am writing to express my concern about the planned redundancies among Aramark staff at the University.

I understand that the reason given for this is that hospitality revenues have been falling – and yet at the same time new zero-hours staff are being taken on, which suggests instead that this is an attempt to get rid of staff on full-time contracts.

In addition new catering outlets are due to open as part of Programme Beveridge early next year. It would seem sensible to defer this restructure until then, allowing staff to be relocated and avoiding redundancies.

I must say that in an increasingly faceless world of customer service I really value seeing my colleagues at the North Block café each morning.

Aramark, the company to which the University of London outsources its catering, has announced plans for a restructure which will lead to at least three staff being made redundant.

Staff have been told that this has come about at the request of the Conference Office due to falling conference revenues and a desire to cut costs.

However, no details have yet been provided, and many fear that Aramark are using this as an opportunity to shed the few remaining staff on permanent contracts, to be replaced by workers on the zero-hour contracts which are the norm for this notoriously cost-cutting company.

The IWGB has written to Aramark and to the Conference Office, and is determined to fight on behalf of members, several of whom have been at the University for many years and who are justifiably extremely concerned at the prospect of imminent redundancy.

These redundancies are particularly unnecessary given that the University and Aramark will be opening a new cafe as part Programme Beveridge next spring / summer.

As part of our campaign to stop these cuts, we are calling on all staff to contact Conference Office head Charlie Vernon (charlie.vernon@london.ac.uk) and ask him to reconsider his decision and find an alternative that avoids redundancies.