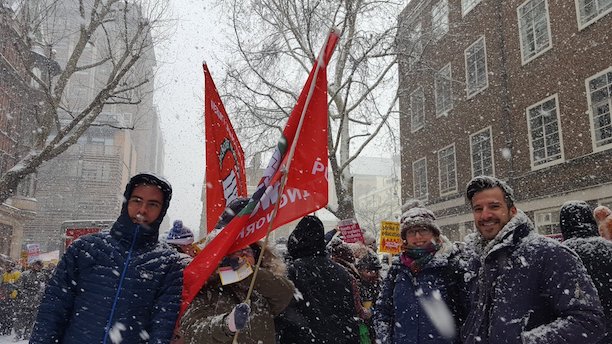 The University and College Union (UCU) and the Universities UK (UUK) group have agreed further talks which will be mediated by Acas, the industrial conciliation service.

This came after a two-hour meeting in London on 27 February, in which UCU put forward the following ‘affordable proposals’:

Welcoming the arbitrated talks, UCU said the planned strikes will continue across the UK. A further four days are scheduled to begin on 5 March.

Sally Hunt, UCU general secretary, said the union is pleased employers have agreed to more talks. ‘At the core of our proposals is for universities to accept a small amount of increased risk, but only at a level a majority have recently said they are comfortable with. Doing this would enable us to provide a decent, guaranteed pension at a more modest cost with smaller contribution increases.

‘UCU has been impressed by the ideas of many vice-chancellors who have intervened in the dispute. Our proposals for long-term reform reflect an attempt to reach a consensus around the challenges we face.’

In her daily message to members she urged them to keep up the pressure.