UoL outsourced workers close to a historic victory — May 29, 2018 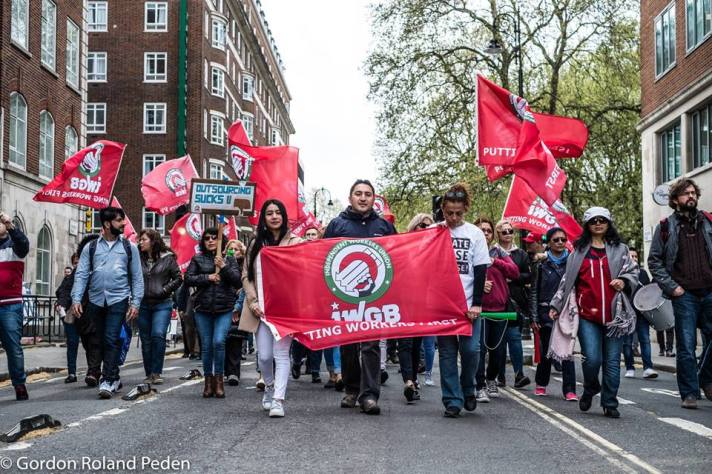 Thanks to your support, last week outsourced workers at the University of London (UoL)won a massive concession, when the university announced that it would start a process to end outsourcing.

Sadly, the announcement was vague and offered no clear timeline nor commitment from the university, despite repeated demands by the IWGB for clarity and a maximum 12-month timetable for in-sourcing.

Consequently, the union and the workers have decided to go forward with a strike planned for 6 June, demanding the university give a firm commitment and timeline on in-sourcing. Please come down to the solidarity protest on 6 June from 5.30pm–7.30pm at Senate House and help them win the final battle. More info here.

In the meantime, feel free to read this article by Vice which lays bare how the university’s announcement effectively leaves the workers in limbo. Some more information on the university’s decision here and here.

We won’t stop fighting until we can be sure that the workers are  guaranteed a future as direct employees, we hope you will do the same.