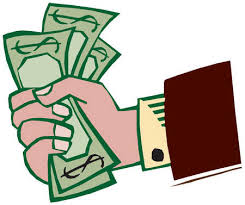 At last some good news. The lowest paid staff at the University of London (UoL) are set for a pay increase as both Cordant Security and Cordant Cleaning, the university’s outsourcing companies, confirm they will adopt the uplift in the rate of pay set by the Living Wage Foundation on 5 November.

It means the outsourced workers struggling with the rising cost of living in London will see their pay rise to £10.55 an hour, an increase of 3.5%. For workers in the rest of the country the rate will rise 2.9% to £9 an hour.

The salary boost for Cordant’s UoL staff, which is effective from 5 November, was confirmed in an email from Guy Pakenham, Cordant Cleaning Limited’s managing director.

In his response to repeated requests for information from Danny Millum, the University of London IWGB branch secretary, Pakenham said, “I can confirm that both Cordant Security and Cordant Cleaning [will] introduce the new LLW rate from the date of announcement and it is paid on the next applicable pay rate, which in this case, falls within November for all our affected staff.”

The UK living wage pay rate is a voluntary measure adopted by more than 4,700 employers and is calculated by assessing how much workers need to meet the basic cost of living in Britain. It is £1.17 higher an hour than the statutory national minimum wage imposed by the government for those over the age of 25.